Exmouth Youth Theatre is run by a team of experienced teachers who are dedicated to helping children and young people of all abilities to build their confidence through learning new skills in dance, drama and singing, and performing regularly.

Experienced teacher, performer, choreographer and director Tracey Hamilton founded what is now Exmouth Youth Theatre in 2018 with the aim of providing inclusive training in theatre arts, and regular opportunities to perform, for children and young people of all backgrounds and abilities. She also runs the successful Exmouth-based dance school DanzSing Unlimited, providing dance training in ballet, tap, musical theatre and jazz for children and adults of all abilities. She produces and choreographs two shows per year for the students.

Tracey has been dancing and singing since the age of 3 years. She won a scholarship for a 3-year Musical Theatre Diploma at the Midlands Academy of Dance and Drama (affectionately known as MADD) in Nottingham, where she performed in numerous shows at the Nottingham Theatre Royal and qualified as a performer and teacher in all aspects of theatre dance. After teaching at the Academy, she started her professional career in Cyprus, going on to perform in hotels, cabarets, pantomimes and musical shows throughout the country.

On moving to Exeter in 1998 she gained the position of Entertainment Controller for Weststar Holidays based at their Head Office.

Tracey’s performance credits include: 42nd Street (Anytime Annie), Stepping Out (Mavis), Half a Sixpence (Shop girl), Anything Goes (Charity), Copacabana and Mack & Mabel and many more…..

Mike Hamilton is an experienced stage actor performing regularly with operatic, dramatic and pantomime societies in the South-West.  Mike’s first venture into the theatrical spotlight was as a “Gentleman of Japan” in Taunton Operatic Society’s 1996 production of The Mikado.  He subsequently appeared in a number of G&S and operatic productions before fully discovering the delights of mainstream musical theatre.

Mike has appeared in numerous productions over the years including: The title role of Sweeney Todd in Sweeney Todd; Dentist in Little Shop of Horrors; Judd in Oklahoma!  (a wonderful trio of psychopaths if ever there was one!) Just to prove that he was just acting he has also played Tevye in Fiddler on the Roof; Fred/Petruchio in Kiss Me Kate; and Mortimer in Arsenic and Old Lace to name but a few.  He was due to appear as Billy Flynn in Lyme Regis’s 2020 production of Chicago before being so rudely interrupted by a certain worldwide virus!

He is lucky enough to have received Best Actor nominations for his portrayal of Fagin in Oliver! and Julian March in 42nd Street.

You may have been (un)lucky enough to see Mike in his best floral dresses and undergarments as he strutted his stuff as Dame in many a panto, most recently as Widow Twankey in Aladdin!  Never let it be said that he isn’t versatile – basically if it gets him on stage he’ll play it!

Mike draws upon his wealth of experience on stage, and his love of theatre, to encourage and inspire the young members of Exmouth Youth Theatre. 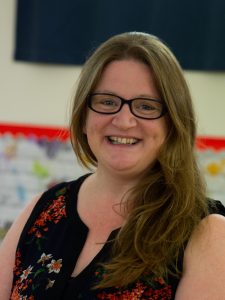 Naomi was born and educated in Staffordshire where she trained primarily as a violinist performing in both classical and musical theatre settings, achieving her Grade 8 Violin at the age of 17.  With the Staffordshire Youth Orchestra, and later the Colne Philharmonic and the Exeter Music Group (EMG) Symphony Orchestra (now the Devon Philharmonic), she is used to playing in large scale classical works such as Orff’s Camina Burana and Mahler’s Symphony of a Thousand at home and abroad, but she has always been much more at home in the theatre’s orchestra pit for productions including Calamity Jane, Show Boat and Sandy Wilson’s 1920s-themed musical The Boy Friend! More recently she has taken to the streets of Exeter for live fundraising performances with the group Exeter Musicians Busking for Local Causes.

A practising Singing for Wellbeing Leader and currently working towards a professional qualification in Song Therapy, Naomi works with children and adults in the South West to encourage singing and vocal technique as a pathway to improved health, confidence and wellbeing through her independent music and wellbeing practise, Music Speaks. She teaches singing, violin, piano, guitar, and music theory to children and adults of all abilities, supporting them to play confidently either for pleasure or professionally, to develop as musicians, and to work towards qualifications through the Associate Board of the Royal Schools of Music (ABRSM). With a particular interest in the benefits of arts and performance for mental health, Naomi qualified in 2019 with Mental Health First Aid England as a Youth Mental Health First Aider for the young people she works with.

We Will Rock You! TICKETS AVAILABLE NOW 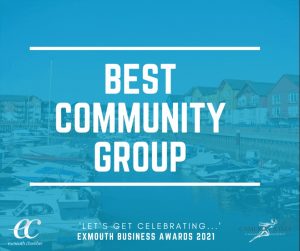